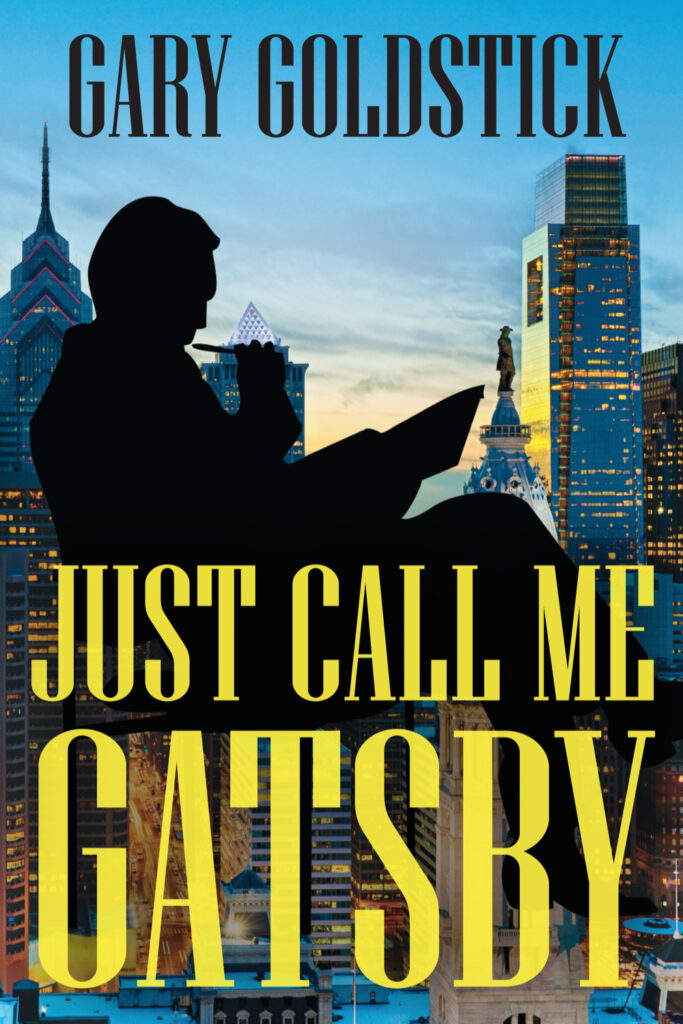 If you were in a business in Philadelphia, Pennsylvania between 1980 and 2008 and needed money, Christopher “Gatsby” Brooks was the man to talk to. As one of Philadelphia’s leading citizens, his lifestyle exuded wealth. But when his colleague, Myra Moore, a management consultant, discovers that a substantial portion of Gatsby’s income is derived from his selling of millions of dollars in unregistered securities, she confronts Gatsby and sets off a cascade of events that could either be Gatsby’s downfall or set the stage for his ultimate success.

With the state’s legal hounds on Gatsby’s case and one dead body connected to Gatsby’s dissembling, Gatsby’s attorney advises him that the only way Gatsby can avoid bankruptcy and dig himself out of his financial problems is to start a venture fund which will provide him with a steady income and provide the possibility of a large capital return which he can devote to paying his debts. However, he needs to raise the hundred million dollars to start the fund before Myra’s bad-mouthing and the Department of Securities investigation ruin his reputation.

A close friend and major investor, Moe Shultz, introduces Gatsby to Wall Street investment bankers Jeff and Jerry Bascomb; and they agree to raise the money to capitalize the fund. And just as Gatsby perceives a glimmer of hope in his situation, several of his major investors demand that he redeem several million dollars in securities.

Meanwhile, Gatsby’s wife Miriam is furious with Myra for the grief she’s caused and is willing to do whatever it takes to eliminate her from their lives.

Just Call Me Gatsby is a 118,000-word business novel drawn from my thirty-five years as a turnaround manager. Readers of entrepreneurial fiction such as The Embezzler, Ambition, and A Man in Full, will enjoy this adventure in the pre-Great Recession savvy and scheming that blurred the line between wealth and the illusion thereof.

Jerry Bascomb is a Wall Street wizard. Single and under 40, he enjoys the lavish perks of success, but when his brother begs him to save the family business, he walks into a nest of ugly choices that threaten to tear the family apart.

A desperate plea from his brother Kevin draws him to Los Angeles where he learns the family business is on the brink of disaster.  At a gathering of the Bascomb clan, Jerry is begged to take over as CEO and perform his magic to save the company.  Reluctantly, he agrees.

Though Jerry staunches the bleeding by calming the creditors and regaining the confidence of the Bank, the stability is short-lived.  A deeper probe reveals that Kevin is embezzling.

Ugly choices now confront him.  Determined to be the White Knight, Jerry risks his professional reputation to save Kevin from legal charges and the family from scandal and financial ruin.  His drastic measures, however, pit him against the company’s sales chief – his other brother, Jeff, an arrogant, sex-addicted Vietnam vet resentful of Jerry’s success.

Relations between the two are further strained when Jerry initiates an affair with Jeff’s mistress, a gorgeous art dealer possessing an eclectic sexual biography.

Then Jeff undermines his little brother by secretly launching his own scheme to save the company.  Suddenly Jerry finds himself flailing in a treacherous maelstrom with millions of dollars at stake.  Add to that the invasion of Kuwait and the credit markets tanking – and the White Knight for the first time in his life experiences the gut-wrenching fear of failure.

Echoing Dostoevsky, I’ve drawn from years of professional experience to craft a gripping business thriller that authentically portrays a company – and a family – in crisis. 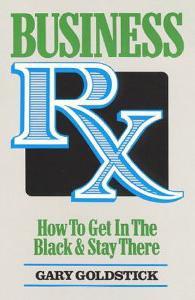 Business Rx: How to Get in the Black and Stay There

Imagine if you could put your company in front of an x-Ray machine. You could see the fractures that spell impending trouble, the systems that are out of joint and the areas of health and strength. Of course it can’t be done, but reading Business Rx is the next best thing. This book shows you how to improve the health of your company by identifying symptoms of business illness and preventing minor ailments from becoming life-threatening ones.

Virtually every business needs loans to get started. However, small and medium sized companies often approach the financing challenge unprepared. They may lack the necessary skills to persuade potential bankers that the strengths and potential of the company’s products, services, personnel and market position warrant the financing being sought. In short, they often lack the knowledge and experience to motivate a banker to say “yes.” Romancing the Business Loan provides new insights on developing a good relationship with bankers. The real life examples will be valuable for any reader who is trying to secure a business loan.